Designing The Future in the 1960’s

We recently had the opportunity to list for sale a home whose design reflects a diversity of styles and trends – all from the early 1960's and rarely found in a single property. These trends include Modernism, Space Age, Car Culture, Atomic Age, Googie and Futurism. 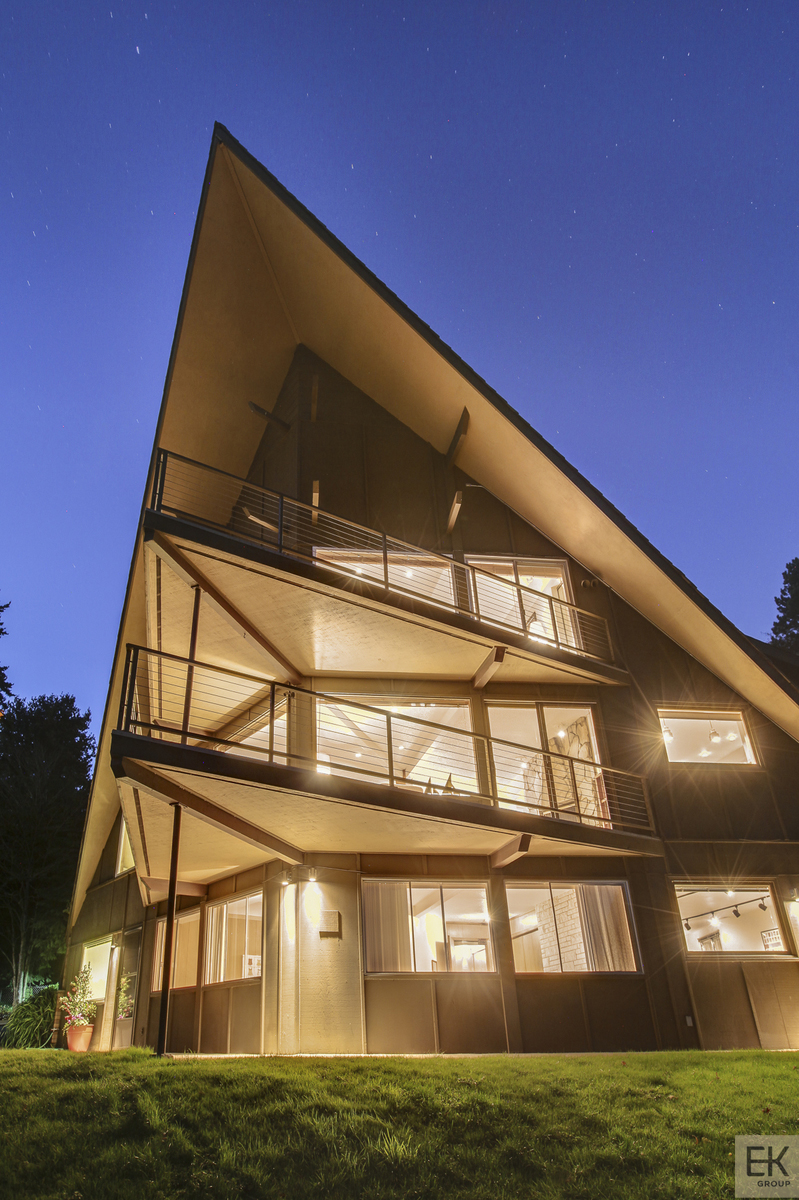 The Vista ’63 endeavor also reflects how 60’s-era technology and including the prefabricated construction championed through the Case Studies program and celebrated in the work of Charles and Ray Ames.

Architect Ken Kohler designed Vista '63 as the star attraction of the 1963 Seattle Post Intelligencer Home Show, which took place in the Seattle Center Coliseum (now Key Arena) in the spring of 1963. Following the Home Show, Vista '63 was moved to the shores of Lake Washington to a more permanent location – a 10,000-square-foot lot as the home for Koehler’s young family.

Here is a summary of the home’s design themes – so that we might learn from this living architectural laboratory:

Futurism dates its roots to Italy as far back as 1910, but found refinement in Futurist architecture of the early 20th century. Characterized by strong color, long dynamic lines, suggestions of speed and motion, urgency and lyricism, the movement attracted poets, musicians, artists and architects alike.

Neo-Futurism was reinvented from early 60s and late 70s by Finnish architects like Eero Saarinen, whose streamlined furniture designs, often of industrial materials like plastic, are associated with the era of space exploration. In popular literature, the term futuristic came to be used without much precision to define architecture with the appearance of the space age as described in works of science fiction.

In the 1950's, a style of architecture related to Futurism arose in America – Googie modified Futurism from a distinctive style to a free and uninhibited architectural approach which was interpreted and transformed by generations of architects. Generally, it included amazing shapes and dynamic lines with sharp contrasts as well as the use of technologically-advanced systems and materials. Examples of such architecture in the Seattle area include the Space Needle (1962(, Key Arena (1962), various Denny's Restaurants throughout Washington State, and the Henry M. Jackson Visitor Center at Mt. Rainier National Park (1966). Vista '63 is a classic and exceptionally rare example of Googie in residential design, as the style was applied more commonly to commercial buildings related to transportation—from automobile to air travel. LAX Airport is perhaps the most classic example.

Blob architecture represents an extension of Googie, with an example being the Blob, the now-demolished “blob building” once located at the foot of Queen Anne Hill. Many view architect Frank Gehry’s Experience Music Project as a celebration of Blob design.

In July 1944, a year prior to the end of World War II, the California-based journal – Arts and Architecture – published what was in essence a manifesto on the “post-war house” and the opportunities and necessity for prefabrication. This was largely the work of John Entenza, publisher and editor of Arts and Architecture since the late 1930’s, and his editorial assistants, Charles and Ray Eames, with contributions from Eero Saarinen and Buckminster Fuller.

Entenza and his editors were aware at the time of the pent-up demand for new housing that awaited the end of the War. They had also come to realize that the postwar house – when it was finally built – would be produced in a fundamentally different way than the prewar house given the social, economic and technological changes that had emerged from the war effort.

With the Case Study House Program, Entenza and the Eameses linked new technical possibilities, including factory-based prefabrication of new materials and assemblies, to the idea of the “modern house” and thus envisioned the future of home design.

Thanks to the Case Study House Program, by the 1960's significant progress was made in the development of new building materials. Vista '63 fabrication within the Seattle Coliseum, and then its efficient move to its future location near Lake Washington, represents the victory of the vision of Charles and Ray Eames, Eero Saarinen, and others.

The seeds of today's innovations were spawned in the era of Vista '63. Just one year prior to the launch of Vista '63, thousands of visitors flocked to Century 21's World of Tomorrow to experience the future. Up to 100 visitors could ride the Bubbleator (a large glass globe) up into a honeycomb of cubes that foretold the future.

Here, they learned how the House of Tomorrow might include such conveniences as disposable dishes, automatic windows and changeable color schemes. Garages might be equipped with gyrocopters to zip them off to the Office of Tomorrow, which could have miniature micro-mail and machines to transmit correspondence, a 24-hour work week, and an astronomical salary of $12,000 a year!