Roger Valdez ~ The Architecture of Discomfort

Join us in this episode featuring Roger Valdez, where we will explore perhaps the most talked-about topic in Seattle today: Housing Affordability. As founder of Seattle For Growth, Roger argues that best way to solve our affordability crisis is to make it easier for builders and developers to do their work.

No stranger to playing the “long game,” Roger’s background encompasses public relations, as well as advocacy in education, health, and housing. Roger was the chief lobbyist behind Washington State’s groundbreaking cigarette ban, which passed in 2005, 40 decades after the Surgeon General’s 1965 health warning.

In this discussion, Roger will share with us his influences, including Nobel Prize-winning economist FA Hayek and his Christian faith, which he says led him to embrace urban density as an opportunity to “love my neighbor.”

Here is Roger in the studio, together with the item he brought along to share with you (Click on the image to enlarge): 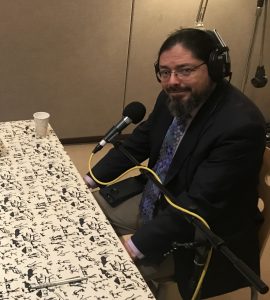 Director of Seattle For Growth 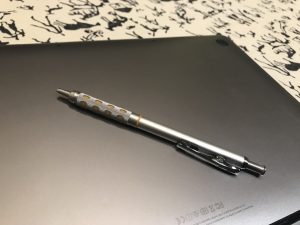 Related Articles
EK On The Go Epiphany Atop Mt Rainier | Nick Bratton of Forterra EK On The Go – Episode #24 If you live in the Pacific Northwest, chances are you appreciate the region’s unspoiled natural beauty especially forests, farms, shorelines, parks and other natural areas. Join us today for a conversation with Nick Bratton, Senior Director of Policy for Forterra. Since 1989, Forterra has secured over 275,000 acres […]
EK On The Go Another Golden Age: Doreen Alhadeff on Seattle’s Sephardic Renaissance EK On The Go – Episode #23 Join us in this episode with Doreen Alhadeff, Co-Founder of the Seattle Sephardic Network and the first Jewish American to receive Spanish citizenship under a 2015 law permitting descendants of Jews expelled in the 15th Century to apply for it. Doreen’s family history and life choices connect her […]
EK On The Go Home Plate Beneath the Hardware Store – Seattle Author Mark Holtzen EK On The Go – Episode #22 Just in time for baseball season! Join us in this episode with Mark Holtzen, author of A Ticket to the Penant, a children’s book that explores the Seattle’s Rainier Valley, circa 1955, through the eyes of a young baseball fan. EK Group · EK On The Go | Episode #22: […]